CORROSION IN FIRE SPRINKLERS: WHAT IT IS AND HOW TO SOLVE IT

Home/News/CORROSION IN FIRE SPRINKLERS: WHAT IT IS AND HOW TO SOLVE IT

CORROSION IN FIRE SPRINKLERS: WHAT IT IS AND HOW TO SOLVE IT

Corrosion in fire sprinklers threatens its efficiency to effectively douse fires, which puts buildings and lives at risk. It is therefore essential to ensure fire sprinklers are properly maintained. 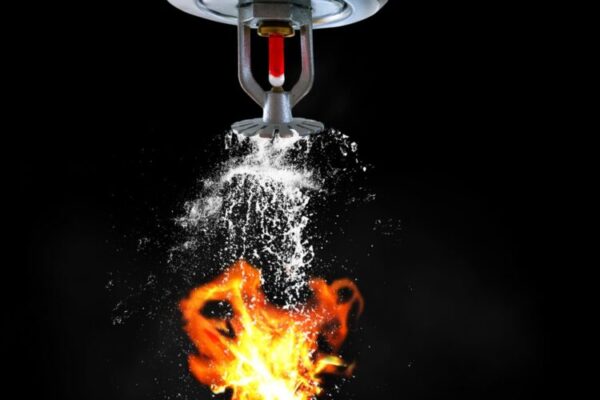 The Culprit: Rust and MIC

Copper pipe corrosion is a serious reason for failure. The presence of oxygen and water reacting with the metal wall of the pipes causes corrosion. This is not only an issue for wet systems, but also in dry systems, which can collect moisture due to condensation. This generalized corrosion is also known as rust. A recent study found that 73% of the dry systems had significant corrosion within the first 13 years.2

Pipe corrosion can be even worse for galvanized systems. FM Global, the largest mutual insurance company specializing in loss prevention, states that these systems can corrode within 2 to 3 years.

In addition to the build-up of rust causing pinhole leaks and general system failures, MIC (Microbiological Influenced Corrosion) from bacteria can also compromise the integrity of the fire sprinklers. According to FM Global, MIC can significantly corrode sprinkler pipes in under 1 year. Further, MIC accounts approximately for up to 20% of all fire sprinkler pipe installation corrosion.  Chemical cleaners or corrosion inhibitors only increase the aggressiveness of MIC, so are not recommended.3

To deal with these corrosion issues, the traditional practice has been to either replace the compromised sprinkler pipe or use a nitrogen charged system to create a barrier between oxygen and the pipe wall.  CuraFlo’s fire rated epoxy CuraPoxy® FS is a third option that is both safe, a long-term solution, and extremely cost effective. It operates on the same premise as the nitrogen-based systems, to create a barrier to prevent oxygen from interacting with the water and metal wall of the pipe.  Further, CuraPoxy® FS is an inert epoxy, so is imperious to any MIC reaction, does not impede water flow, and specially formulated to withstand high temperatures.4  Maintaining your fires sprinklers could save lives. Contact CuraFlo for a free quote today! 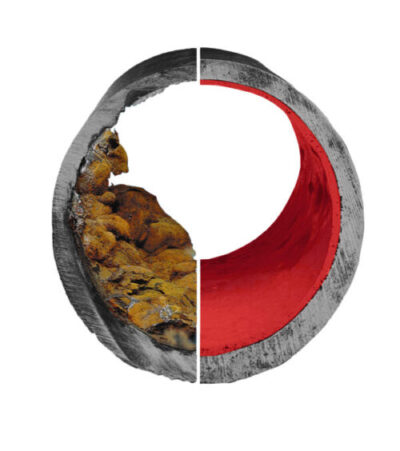